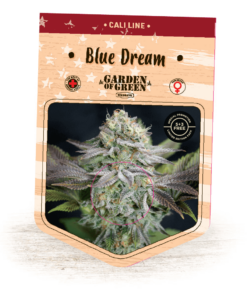 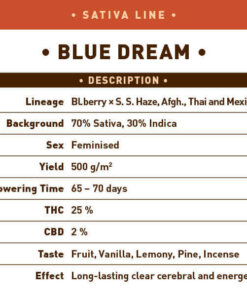 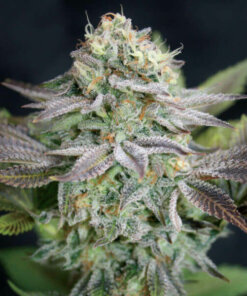 In its native California, the Blue Dream Strain—a Sativa-dominant hybrid—is practically legendary. It has become famous as the daytime strain of choice since it delivers a “pick-me-up” without being overwhelming & focuses more on “mood-altering” effects than a solid high. Because of this, it is commonly referred to as the “ideal day-time strain.”

The “cool California atmosphere” is well captured by this variety, which originated in California’s expanding medicinal cannabis business. The Blue Dream strain was created when Super Silver Haze was crossed with a Blueberry Indica strain. Its goal was to create what would become one of the most well-known kinds in the world. The strain Blue Dream’s reputation for delivering a mellow, calming high has brought it to the forefront, and its top-shelf features have made it a fan favorite.

Grown either indoors or out, the Blue Dream marijuana strain is considered simple to care for because of its low sensitivity to extremes in temperature and humidity. This is a very tall plant. Due to its enticing aroma, it is also vulnerable to parasite infestation, especially from red spider mites. Although it thrives best indoors, it may also be grown well outside in subtropical or Mediterranean climates. Growing Blue Dream indoors can result in a yield of about 550 gs per square meter. In general, the blossoming process takes 9-10 weeks. When grown outdoors, this type can yield an average of 550-600 g per plant, with October being the ideal time for harvest.

In its genetic background, the blueberry gives this strain an enticing, decadent richness and a flavor similar to the fruit. Overall, it smells pretty fruity and has a slight blueberry-like quality. Vanilla lends a subtle sweetness, while some tasters have detected a tangy, fruity note from the mango.

The adage “what you smell is what you taste” applies perfectly to Blue Dream. Its flavor lingers in various tasty berries, with undertones of spices and herbs. Thanks to its significant, fruity characteristics and the slight acidic undertones that help keep things in harmony, it’s easy to like. Blue Dream is a popular strain for new users because it doesn’t have an overwhelming taste and is among the most well-known varieties.

Blue Dream is famous for its sedative effects on the user’s complete being. Fans of the variety say it’s excellent for beginners since it produces a more subdued high. One of the reasons it works so well as an early stimulant is that it offers the feeling of moderate brain stimulation.

Happiness is amplified by its uplifting qualities, inspiring a general want to create. It’s a great addition to brainstorming sessions, especially in a group, as it has the potential to inspire wholly original thoughts and suggestions. This makes it a great go-to for any professional in the arts which needs a jolt of motivation in their day. Its attraction lies in the fact that it allows one to unwind without becoming bedridden: If you want to feel like you’re floating on air, Blue Dream is the one to get you there, but you’ll still be able to interact with others, and get work done. This feeling of warmth & coziness is hard to ignore because of the modest mood change it might induce. 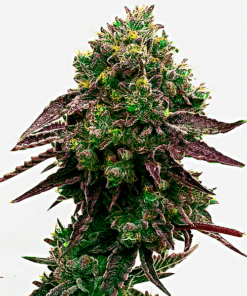 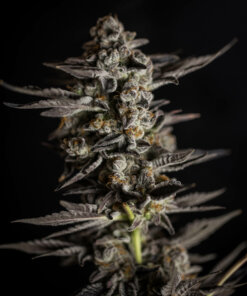 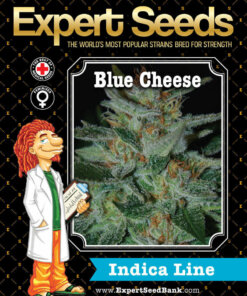 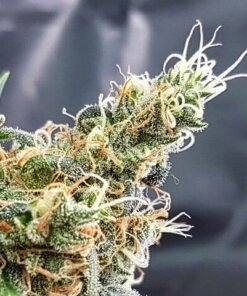 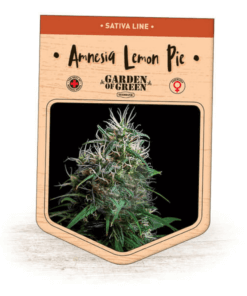 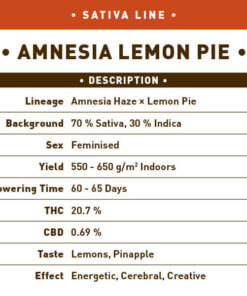